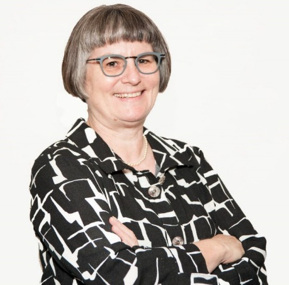 Dr. Barbara Mennel is the Rothman Chair and Director of the Center for the Humanities and the Public Sphere at the University of Florida. She also holds a joint appointment in the German Studies section of LLC and in the English Department where she is associated with the Film and Media Studies Program and the Feminisms, Genders, & Sexualities Track. Her research interests include transnational cinematic practices, feminist and queer theory, and the intersection of urban studies and film studies.

At UF, she has been awarded the University of Florida Foundation Research Professorship (2018-21) and the Waldo W. Neikirk Professorship (2014-21). She is author of four books: Women at Work in Twenty-first Century European Cinema (Urbana: University of Illinois Press, 2019), Queer Cinema: Schoolgirls, Vampires, and Gay Cowboys (Wallflower and Columbia University Press, 2012, translated into French as Le cinéma queer with L’Arche, 2013), Cities and Cinema (Routledge, 2008, second edition 2019), and The Representation of Masochism and Queer Desire in Film and Literature (Palgrave, 2007). With Jaimey Fisher she has co-edited the volume Spatial Turns: Space, Place, and Mobility in German Literature and Visual Culture (Brill, 2010) and with Sabine Hake the collection Turkish German Cinema in the New Millennium: Sites, Sounds, and Screens (Berghahn, 2012).